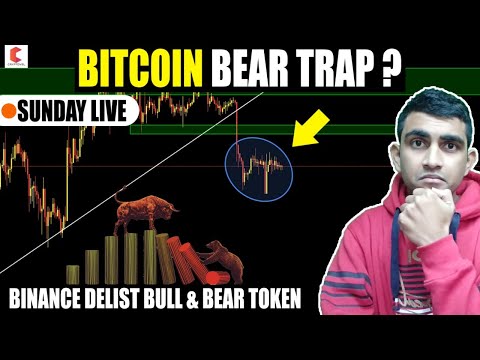 MY THOUGHTS ON ELECTRONEUM

MY THOUGHTS ON ELECTRONEUM AND MASS ADOPTION:
First of all, I love electroneum. I hold 200,000 etn at an average buy price of .065 per ETN.
I believe ETN has a great team, marketing strategy, and a well diversified business practice. It is in my opinion that etn will retrace to .20 within a year and see .50 - $1.00 by 2020. I think within three to five years they could see upwards of $5, but I do not think it will go much higher than that. The reason for this opinion is their vast supply. With all that said I hope it goes to 20.00 but in reality I think 1-5$ is realistic for a coin with such a high supply.
As far as mass adoption is concerned I think ETN could get a mass adopted user base for certain areas of business like telecommunications, e-commerce, gaming, and gambling. There are many other competitors in the running for Mass adoption for goods and services and with the onset of the Bitcoin lightning Network I think Bitcoin will have the greatest chance for being "the mass adopted coin." Litecoin, Bitcoin Cash, and Ethereum are certainly strong competitors as well.
I think each sector of business and industry will have its own mass adopted coin. So maybe we will see between 10 and 20 Mass adopted coins and the other ones will remain for trade on the speculative Markets while the "shitcoins" will fade away into oblivion and eventually vanish from the exchanges just like all the terrible trash coins that are on cryptopia... (I hate cryptopia.) Lol
Electroneum is what I like to call a Castle in the Sky and whether or not we ever reach that castle is up in the air at the moment. Obviously they're a new startup company and it takes time to become successful. Netflix didn't offer high quality streaming and dozens of great television series overnight, it started off with mail order DVDs that only played half of the time, and then they went to streaming which would take hours to download and would be pretty laggy and choppy. Fast forward 10 years and their industry leader.
Patience is key with ELECTRONEUM. I think we will all get great returns on our investments, but I don't think it will happen overnight I think this is a 1 to 5 year hold to see a LUCRATIVE GAIN, ie 10-50x...
I have made countless videos on electroneum and have received thousands of view on youtube, and I am perhaps one of the biggest Believers and fans of ETN out there ( other than Shawn from crypto for the people LOL) but with all our dreams of going to the moon and buying Lamborghinis, we have to keep it real and have realistic expectations, ELECTRONEUM is not a shitcoin but it is the equivalent of a penny stock for now until it gets into the mainstream on bigger better known exchanges like BINANCE or BITTREX, until it becomes a blue chip stock/Coin we will be in the minor leagues. In time ETN will be a big player, but right now it is in baby stage, we must let the baby grow and show ETN love, patience, and support in the meantime.
If quick gains are what you're after then you need to set aside a few thousand dollars in a trading account and use it for day and swing trading and take your profits regularly. Electroneum is clearly a long-term hold, so for all you ELECTRONEUM HODLERS out there, KEEP THE FAITH....
We have to build the rocket before we go to the Moon...


CoinCentral's owners, writers, and/or guest post authors may or may not have a vested interest in any of the above projects and businesses. None of the content on CoinCentral is investment advice nor is it a replacement for advice from a certified financial planner.

Alex is the Editor-in-Chief of CoinCentral. Alex also advises blockchain startups, enterprise organizations, and ICOs on content strategy, marketing, and business development. He also regrets not buying more Bitcoin back in 2012, just like you.

This Exchange ICO Is Currently Fueling Up For A Moon Launch!

Why Nauticus Will Succeed In Volatile Market:

Nauticus is an ICO that plans on launching a new exchange in August. They have already hit their soft cap & are propelling further & further towards their hard cap. What Nauticus aims to do is ambitious, but achievable with due diligence. Nauticus will hedge against crypto volatility by developing a unique exchange that will allow users of any skill set to invest accordingly.

The Nauticus team is comprised of visionaries who want to attain excellence. Nauticus plans on developing an exchange that will feature 100 crypto & 7 fiat currencies. The Nauticus exchange plans on being able to handle one million transactions a second! This is ground breaking in the crypto space. Current exchanges have been overloaded with an influx of new investors trying to strike crypto gold! Our community needs an exchange that can handle & process these transactions at lightning speeds. I was scammed out of $1200 on GDAX during their Bitcoin Cash fiasco. I've recently switched to Binance, but there is occasionally ridiculous lag spikes that delay my transfers. I'm optimistic that this team can develop a one of a kind exchange that enables users to seamlessly buy and sell crypto coins.
Nauticus also plans on developing a blockchain mining center that will be used to generate revenue for their exchange. This mining center will serve a ternary purpose. It will generate revenue for the exchange, provide server capacity for Nauticus users, & employ all of this while utilizing renewable energy.


How Nauticus Can Benefit Investors:

This is great, but most of us want to make money & buy Lamborghini's ;) Assuming that the Nauticus exchange is successful, then we can also assume that the Nauticus coin will rise in succession. Binance did this with their BNB coin & sadly I missed out on incredible returns. I would have never guessed that the crypto market would become saturated with newbie investors looking to make a quick buck. As a result, other exchanges sprouted up thinning GDAX's user base. This allowed Binance to capitalize on the market situation & BNB skyrocketed. If Bitcoin makes another epic bull run we can infer that the same issues will occur. This will benefit Nauticus & other ICO's that are based around constructing new exchanges. I've recently tested the beta Nauticus released and it allows users to choose different formats that cater to their investment styles. I think this could help new crypto users adjust to our diverse market. All of this is of course speculative. I've invested money into several different ICO's based around exchanges in hopes that one will achieve greatness. This is how you mitigate your potential losses & enhance your chances of success.

Tron (TRX) price surges, can one buy a Lambo with it realistically?

The recent Tron updates, pronouncements regarding the speed of the Tron platform and the resumption of TRX deposits trading in BitForex has been making headway in the cryptocurrency sphere. Going by Singapore time, on 26th June, all Tron (TRX) digital coins of BitForex had completed the main platform migration while the management of Tron Foundation went ahead to praise Tron’s speed jokingly refereeing to it as being faster than the Lamborghini.
Getting the vibe from Tron Foundation, one of the candidates vying for the super representatives’ posts, Team Tronics, posted a post with a video on his Twitter page about the transaction speed clocking few seconds indicating the site is both user-friendly and swift at the same time. The tweet reads:


Team Tronics@team_tronicsIf you want to know the speed of the #TRON network, please have a look at this video. Made by Fabrice, aka @SnearK6 technical member of @team_tronics ! @justinsuntron @Tronfoundation you are doing a very good job!PART 27:31 AM - Jun 28, 2018277131 people are talking about this


Twitter Ads info and privacy
At the same time, Cobo wallet has also finished Tron’s new mainnet advancement and has recommenced services for TRX digital coins. On the other side, CoinFalcon, a virtual currency exchange whose intention is to thought-provokingly put the future of coinage, in the pockets of the world, listed Tron deposits and withdrawals recently. CoinFalcon disclosed:


“Users that have deposited their tokens to CoinFalcon before the migration will also now be able to trade their newly-minted digital coins.”


Many people expected a price surge following the launch and general adoption of the new Main Net following April’s bullish trend that saw Tron’s value increase by more than 250%. But contrary to popular belief and the expectation of many, Tron’s prices have been going drastically down ever since the dramatic upsurge although recording a slight comeback on 18th June, which saw Tron’s prices move up from 0.041 US dollars to 0.051 US dollars.
Blockchain lottery - clear way to win Be part of the newest Exchange in Brazil, with it"s own token, similar to Binance. Earn crypto without investment! Monetize your site"s content with TokenAd Firelotto - fair blockchain lotto!


Will Lambo Speeds Lead to a Possible Bull Run shortly?

It is obvious by now that nobody can say or predict for sure cryptocurrency price valuation on a particular day considering the volatility of the market. However, there is no doubt about the exciting future Tron (TRX) has ahead of it.
To many analysts including myself (I’m trying my best to be), the only outcome the market should expect is a boom in its prices probably in the early stages of Q3 this year. To simply put it, What am trying to say is that Tron’s value might be tanking, just like many other virtual currencies, but the level of tanking Tron might be experiencing might come to shock the whole world with a drastic price surge.
I can advise you now for free that if you are searching for a digital coin to add in your portfolio, one of the currencies you might want to consider is Tron (TRX).
Contrary to the market trend of selling cryptos when they are depreciating and fetching low valuations when the prices go down, it should be time for investors to buy and store the cryptos somewhere (Tronnow) until the day we are all waiting. When the values could fetch Bitcoin like prices that might just allow us to buy our very own Lamborghini. Time decides everything.